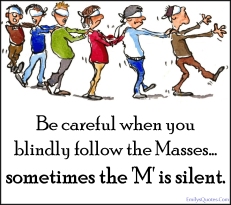 It’s not exactly a news flash that our country is experiencing one of the most political divisions in history. It seems that every issue, outlook, and opinion is based on partisan politics. Gone are the days of independent thought as a method of arriving at one’s position on a subject.

The other day I was having a conversation with my wife on this very topic that was initiated as a result of my recent vote for our local congressman on my mail-in ballot. Congressman Raul Ruiz is our incumbent representative and he is a democrat. My wife is a Republican and I am an Independent, albeit with a strong Republican bias. My reasons for voting for Mr. Ruiz were based on his record and involvement in our local community as well as his strong commitment to protecting the rights of seniors and veterans.

While my wife agreed with me on the virtues of Congressman Ruiz, she wisely pointed out that above all else, he is still a democrat and unlikely to break party ranks on the larger national issues confronting our population. In other words, politics will prevent him from exercising independent thought if it is not in concert with the democratic majority. Doing so, would brand him as an outcast and likely ostracize him from the ruling class. Furthermore, his chances of reelection would be rendered slim without the support of his Democratic colleagues.

There is nothing on the horizon that suggests that anything will change as the issues dividing the two parties are deep and wide. Unfortunately, it seems that the only time we can come together as a nation is when we are faced with a crisis of the proportions of 911. What a shame!

Retired produce industry executive. Active investor and devoted father and grandfather to my two sons and five grandsons. All made possible by over 50 years with the love of my life Alexis, aka Sandi. View all posts by wjexchange